When to let a patient walk out, even if you need the money 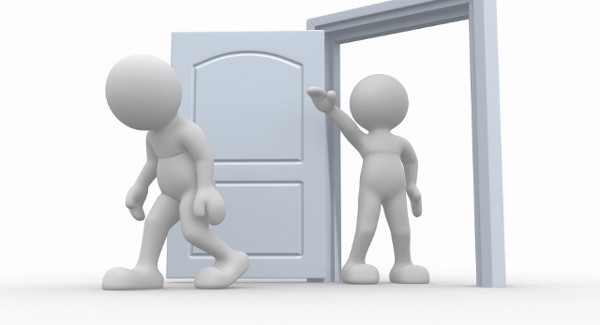 Dental school prepared us to manage things like gum disease, caries, and prepare teeth for crowns and bridges, but what it didn’t teach us was the hard stuff.

Like when to let a patient walk out the door even though you need the money to pay your overhead. Did your dental school teach you how to decline a new patient, or better yet, how to properly dismiss a patient from your practice? What about dealing with billing issues when treatment was successful, but the patient doesn’t pay?

Yeah, not so much.

Every clinician at one point will have to make the decision to treat a patient or let the patient walk out the door. Many clinicians usually fight to keep a patient in the practice simply because of the revenue.  We are prideful people. We don’t want to see the money go to someone else, especially when we are capable of providing the needed care.

If I remember correctly…the old adage didn’t say “pride cometh before making a huge profit.”  One of the best pieces of advice I learned from a mentor in my residency was: “Don’t ever treat a case because you think it will be financially worth it”

I started my dental career after completing a residency and had the “benefit” of working in a few different types of dental practices and saw this happen all too often. Each doctor had their own justification for it. I saw the headaches they would endure because they would not let these patients go; feeling the revenue from the case justified it all. Sometimes it seemed like it was worth it, but inevitably after a small victory, something would happen and the doctor would lament the added stress that was brought on by treating that particular patient.

I decided when I opened my own practice that I would never do this – wishful thinking, right? It is tough knowing you could easily cover your overhead by taking on a single case.  The problem is that patients fail to see that treatment is a two way street.  Patients can incorrectly be under the impression that because they come to your office, you have to 1. Perform treatment on them and 2. Perform the kind of treatment that they want.

Prior to seeing patients, it is important to think about and establish the kinds of cases you want to treat, procedures you feel comfortable doing as well as the “deal-breakers” that you will just refuse to do. This allows you to stand your ground and know what type of dentistry you do. Everybody needs a true North.

Discuss these deal-breakers with your staff so they can understand what things you are willing to tackle, what you aren’t and why. Your staff can be one of your greatest assets. They will likely pick up on things that a patient may tell them, but not disclose directly to you that will impact your decision.

The other day I had a patient come in for a consultation- he wanted to change his smile. My staff learned that had been to a few other offices and had made the decision he wanted veneers or crowns on his front teeth. He had some moderate to severe anterior crowding on the upper arch, the shade of his teeth was A3 to A3.5 and he wanted them “to look nice so he could smile more”.

He told me he was ready to proceed with treatment and just needed to know what it would cost for all the veneers or crowns. I told him that I could not provide the exact treatment he was asking for, because I would not severely prep 7 and 10 to give him the smile he wanted at the expense of destroying two perfectly intact teeth.

I clearly explained my position and why it went against my values as a dentist. I told him what I could offer him for treatment to give him the smile he was looking for, but for the exact treatment he desired he would have to find another doctor. He didn’t understand why I wouldn’t just do what he wanted since he was paying for it. I had to explain that I would rather he take his money elsewhere to get the treatment he desired. I felt would do more damage to his teeth than was clinically necessary to achieve the result he was looking for.

What kind of dentistry do you do? Have you set your limits?

Rising up from the chair, he extended his arm and thanked me for being honest with him. He said he had been ready to pay cash for the treatment that could quickly give him the result he wanted, but did not know any different based on what 3 other doctors had told him — that they could provide an instant smile makeover with crowns and/or veneers.

I knew that I was physically able to do what he was asking, but it went against everything that I had previously established as a “deal breaker” it went against my true North. Yes it would have been revenue for the business, but for me it is more important to make a clinical decision because it follows my values, rather than make the decision based on its positive impact to my financial wellbeing.

Related: How to develop an Ideal Patient Profile to attract the right patients to your practice

A Caries Researcher’s Response to the Big Sugar Scandal

65% of dentists are wrong about their dental lab…are you one of them?