Learning is funMiscellaneous
No Comments

A Caries Researcher’s Response to the Big Sugar Scandal

I’ve read the current news reports in the last two days about the influence of the Big Sugar Lobby’s influence on government policy and research during the 1950’s and 60’s. The uncovered documents provide a paper trail that I find absolutely appalling. They basically held enough influence to persuade regulatory bodies and researchers to recommend alternatives to managing tooth decay other than reduction of sugar consumption. The recommendations led to widespread use of pit and fissure sealants and more intensive application of fluoride, but were neutral or actually encouraging of sugar consumption. Sixty years later we have a pandemic. Dental caries is the most common chronic disease in the US across all demographics, and is the most common childhood disease. Period.

Today the research is clear, increased consumption of sugar increases risk for dental caries. It represents one of the most significant risk factors for this disease. As difficult as it might have been to alter the course of the American diet back then, I think it is a greater challenge today because so many Americans are addicted to the white stuff. Numerous clinical and behavioral studies paint an alarming picture. And we’re not just talking about dental caries. Sugar consumption might be the number one health crisis today, contributing to obesity, diabetes, hypertension, and heart disease.

Dental caries is the most common chronic disease in the US across all demographics. Period.

If you look at the historical consumption of sugar, the data provides a couple of interesting points. The most significant is that sugar consumption increased from 6.3 pounds per person per year in 1822, to a peak of 107.7 pounds per person in 1999. That’s a colossal increase in consumption.  What used to be a luxury is now a common food additive. It’s hard to find food that doesn’t have added sugar. The other thing you will notice looking at the chart below, sugar consumption was flat or declining during the 1940’s. Some of this may be explained by the rationing that occurred during World War II, but the American diet may have also started to change after years of rationing. When dental caries became a national health concern, enter the Big Sugar Lobby to make sure that consumption didn’t decline, and actually increased again.

Solving the healthcare crisis of dental caries is my passion, so I find this information very disappointing. Today the Big Sugar Lobby has responded by invoking mothers and grandmothers safely feeding us sugar for generations. Yeah, that’s scientific. The Big Sugar Lobby has inadvertently provided job security for the dental profession, but I’d rather have a cure and stop the needless suffering. We have a bigger task ahead of us now. 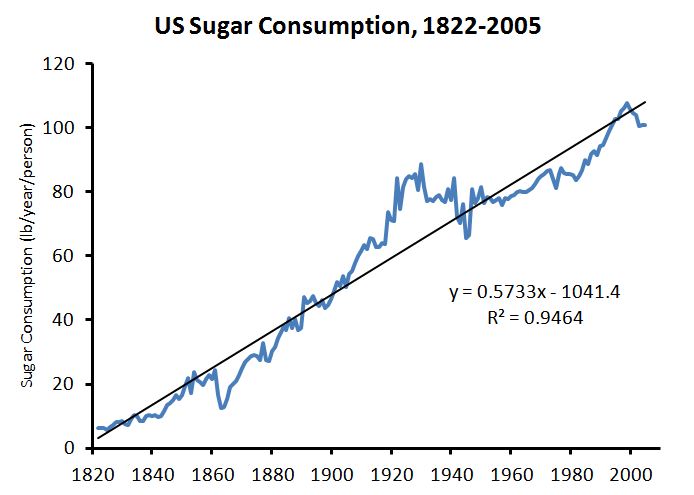 Trending now- Dear Team: An Open Letter from Your Hygienist

6 Things the Dental Team Expects From Their Leader

When to let a patient walk out, even if you need the money