What can you learn from this epic Yelp review? 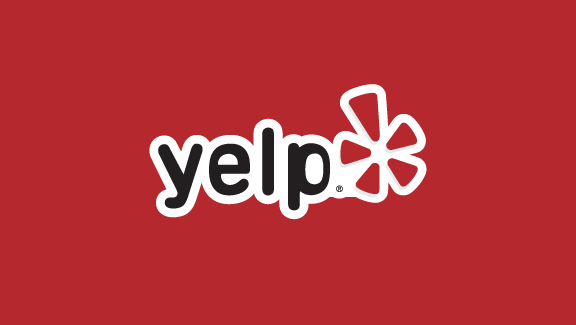 When I came across this review on Yelp I just HAD to contact the reviewer…I mean what kind of experience must you have to take the time to write such a thing?  Turns out- a pretty bad one. John F. From Philadelphia, PA penned what might be the most epic dental Yelp review to date. See the original review here

…it was a cool winter’s day.  My teeth were not suffering but little did I know that I soon would be.  When I opened the door into Gentle Dental, a blood-red carpet desperately needing a good vacuuming greeted me.  A waiting room and a front desk reminiscent to a DMV was laid before me in a morose setting without a smile to bring me solace.
Being it was my first visit I was provided copious amounts of documentation requesting redundant data.  As I scribbled information onto each sheet I ignored my intuition to just leave without a word…and then I found the important document stating that I’m required to call and verify that I would make an appointment and any missed appointment would cost me 25$.  Good thing I couldn’t just schedule a cleaning, it is policy that I had to come for an exam first.  So I was here for the short haul, I mean, how much worse could it get?

After that highly anticipated hour in the waiting room, a young man called me into the back.  He mumbled, I tried to catch his words but I simply understood it was my place to follow.  And there I sat, on an uncomfortable chair waiting for him to take my x-rays.  Luckily I have had dental x-rays so I knew what to do, because I still couldn’t hear my young guide in the banal cubby.  There was a moment that I was standing, biting down upon the plastic stick and praying to the divines that the tech knew what he was doing with an x-ray in this depressing sanctum of oral torture.  I heard the radioactive humm and the machine didn’t move… so he came back in and messed with it before trying again.  To my relief, the scanner circumnavigated mt skull and I was whisked away to another corner waiting room.

It was about this time that the dinginess became painfully self-evident.  Kind of like when you walk into a gas station bathroom and think, I’m not sure if its clean in here regardless whether (indecipherable scribble) cleaned it at 7am.  The wall was missing paint where chairs lazily rubbed, I’m sure trying to escape as well.  The poster mount was still adhered to the off-white wall in front of me but the poster was long gone.  Ironically, plaque built up along the dental chair and apparatus around me as if it were not brushed or flossed with some sort of cleaning device in some time. Though I’ve arrogantly grown accustomed to medical offices at least “appearing” sterile, I regressed to having dental visits aboard US Naval vessels and felt that they felt cleaner.

I waited, like I was in detention.  Suddenly, over the mild drilling and the lull of the florescent bulbs above I hear

I was flattered, not that I was referenced as a neutral pronoun, but that I may be closer to leaving.  Then something strange happened.   The dentist introduced herself and actually smiled at me.  I was a bit shocked and up to this point, I imagined my dentist would be a 300 lb sadist with a cleaver and a hook but nope.  So, we skipped the small talk and she looked at my teeth.  Turns out everything is fine and she said all I need is a cleaning and she could probably do it now.  I informed her that it was time for me to go.

I imagined my dentist would be a 300 lb sadist with a cleaver and a hook but nope.

So I returned to the front desk to pay and was informed, “Our appointments are already into April, so if you don’t make it soon, it will be later.”  All I wanted to say is, don’t worry about me, I’ll be heading elsewhere.

Dear team: An open letter from your hygienist