How did Demi Lovato end up shaving my head on national television?

Well, my team at Southern California Dental Health Associates is passionate about giving back to our community. We participate in several charity drives throughout the year including the Crown Council’s Smiles for Life Whitening Program. This year Smiles for Life gave some ideas on how we could celebrate milestones during our fundraising efforts. During a moment of weakness, I told the team that if we reached our goal of $10,000 for the Hollywood YMCA’s after school program I would shave my head. I believe strongly in the work the YMCA is doing for our youth. It provides a safe place for kids to hang out and get exercise and nutritional information they don’t get anywhere else.

Unfortunately we did not reach our goal and were short about $4,400. My team thought I should at least do a Mohawk for getting half way there.
Then one Monday morning as I was working on a patient, I was interrupted by a film crew and James Cordon from the Late Late Show. 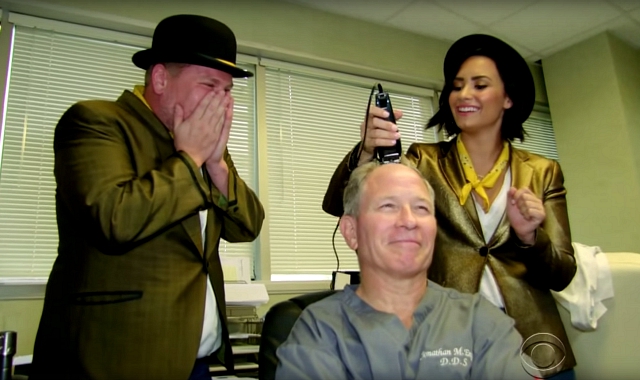 He introduced me to his guest Demi Lovato. As part of a new segment of the show they let me know that I deserved a singing telegram. they sang in their shiny gold outfits (as I sat stunned!) and then asked me if Demi Lovato could shave my head if they donated the remaining $4,000 to the YMCA.

Dentist shaves head for a local charity, what are you doing for your community?

To this day it might be the most surreal experience I have ever had. 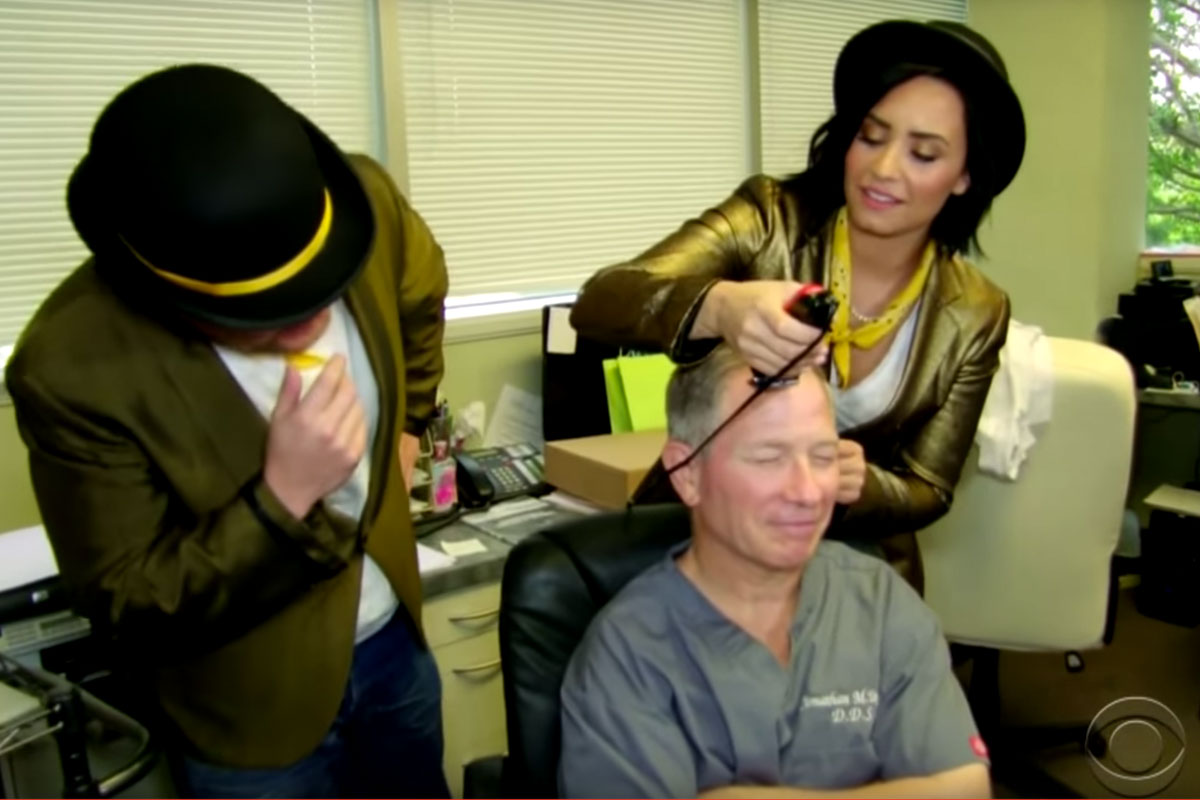 I’m not sure why were were chosen, other than perhaps my team (Gina and Maria) wanted my hair shaven so badly their collective energy was felt by the producers of the show. I’m not sure. But, what I do know is that I would do it again–in a heartbeat! Hey Roland, you going to join me next time?

Corporate Dentistry: What it means to me